The Future Radio and the Artificial Pigeons Games Overview: 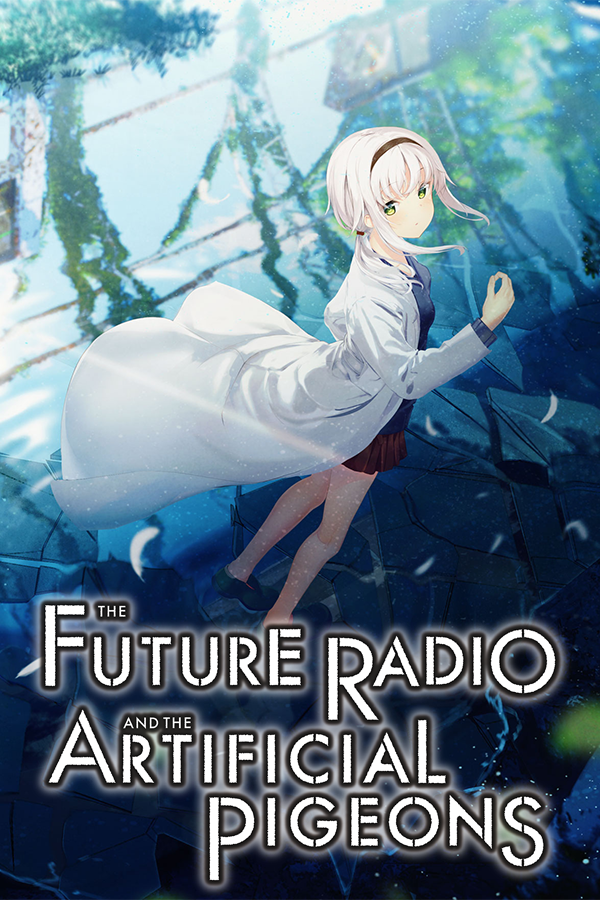 That day marked the fifteenth year since the artificial pigeons started devouring all radio waves.
On it, Sora began broadcasting using the transceiver left to him by his father.

The day after his first rocky radio program, the radio picked up a different mysterious broadcast.

This is a follow-up report on the fall of “Blue Sky.”
The person caught up in the accident at the former site of Terminal 1 has been identified.
The name of the deceased is Yamanashi Sora. Furthermore, many injuries are being reported at Nariyama Sky Academy.”

It was a radio broadcast from the future.

After listening to the ominous broadcast, Sora stepped into the terminal for the first time in fifteen years.
It was once the former gateway to Japan and the place where Sora lost his parents.
The building was in ruins, a shadow of its former glory, little more than a nest to countless artificial pigeons.
There, Sora met a silver-haired maiden. She looked straight at Sora, gently stroking an artificial pigeon with her finger.

“I won’t let it happen.”
“Because I want you to look up at the sky and smile.”

This is how Yamanashi Sora and Hazuki Kaguya met.

Mankind has lost the sky, and with it, its connections.

All of it was taken away by birds…
…By countless artificial pigeons flying through the sky.

The artificial pigeons were initially created as a worldwide wireless network that covers the entire globe.
But one day, they turned and began to eat the same airwaves they were meant to carry.
They feast on radio waves, breeding uncontrollably until they’re the only birds left in the sky.

The first thing humanity lost was its communication network.

This caused great turmoil in a digital world that had already transitioned away from analog technology.
All information sent through radio waves was quickly blocked.
Even airplane control systems stopped working, rendering them unable to safely land.

The day the pigeons turned, eight planes fell around the Nariyama International Airport.
With all remaining planes grounded indefinitely, the airport was abandoned.

And so, mankind lost the sky.

But then, 15 years after that fateful day…

In an attempt to reclaim humanity’s connection with the sky, a young tinkerer constructs a new kind of radio…

…A radio that mysteriously receives broadcasts from the future.

Adult content includes a few illustrations with veiled nudity and kissing.
Characters enter a sexual relationship that is not shown on screen, but acts of which are brought up in conversation.
Also includes a depiction of a mascot character in a phallic form.
Also, every appearing character is over 18 years old.

The Future Radio and the Artificial Pigeons Game Feature: